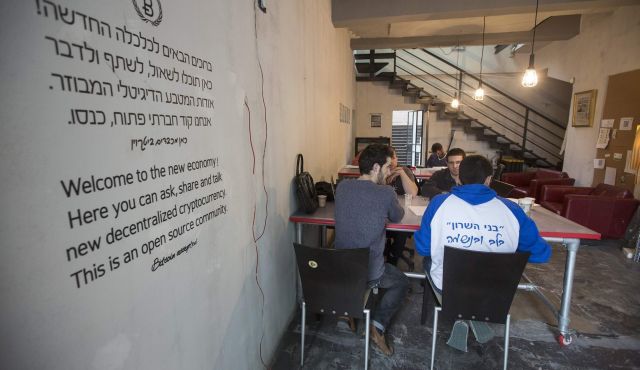 This week, the US Internal Revenue Service (IRS) handed Israel a golden opportunity on a silver platter. Or, shall I say, a virtual gold opportunity. By deciding to tax Bitcoin as an asset, like gold, the US Government effectively doomed Bitcoin as a currency. As Robinson Meyer correctly writes in The Atlantic, “To tax Bitcoin as property…destroys its fungibility: One Bitcoin can no longer be exchanged for another…This was one of the original intents behind the service. Bitcoin aimed to function as a kind of digital money, meaning it had to work as a unit of account, a medium of exchange, and a store of value.”

To be clear, this does not doom Bitcoin. The protocol and architecture of the blockchain based ledger will still enable endless disruption of existing industries. However, it does cripple some of the nascent US-based entrepreneurial efforts to boost Bitcoin-based commerce until the currency abstraction layer arrives on top of the Bitcoin blockchain.

Israel is currently working on its Bitcoin regulatory framework. The Bank of Israel and Israeli Tax Authorities should treat Bitcoin as a currency and apply sure but light regulation. They should not, as Prof. Danny Tziddon suggested at our Aleph Bitcoin event, simply follow the US Federal Reserve or government. The Israeli regulator should “zag” where the US “zigged.” They should take a simple approach and not the United States’ complex approach. This would increase the velocity of Bitcoin purchased by Israelis by making it a medium of exchange. That increased velocity, and hence use, would also speed the innovation around Bitcoin, its protocol and the general commercial applications of virtual currency in Israel. Critically, it will also attract global Bitcoin entrepreneurs to Israel.